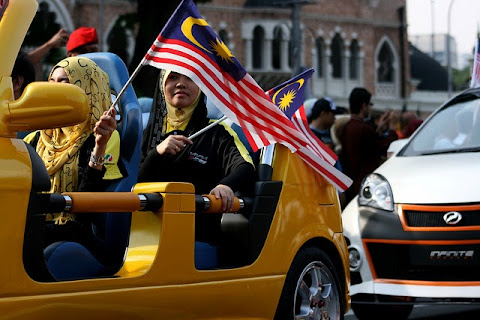 Malaysia Day is held on September 16 every year to commemorate the establishment of the Malaysian federation on the same date in 1963. It marked the joining together of Malaya, North Borneo, Sarawak, and Singapore to form Malaysia. The formation of the new federation was planned to occur on June 1, 1963, but was later postponed to August 31, 1963, in order to coincide with the sixth Hari Merdeka. The formation of Malaysia was made possible through the introduction of the Malaysia Bill to the Malayan Parliament on July 9, 1963, and consent from the Yang di-Pertuan Agong on August 29, 1963.

Since 2010, Malaysia Day has been a public holiday. Prime Minister of Malaysia Najib Razak made the decision after a question-and-answer session at the Malaysian Parliament on October 19. 2009. This means Malaysians have two celebrations related to Malaysia's independence.

While the Malaysia Day celebrations are somewhat subdued compared to the grandeur of Hari Merdeka, it is nonetheless held much in high esteem. Many communities hold activities focus on themes that reflect the traditions, culture and people of Malaysia. Schools and organizations would hold contests for children to encourage them to be more patriotic. The celebration may be fairly new for most of Malaysia, but it doesn’t dim its importance to their history and pride.