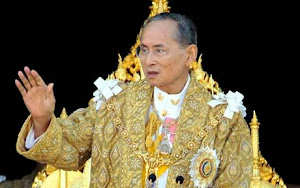 The people of Thailand will celebrate His Majesty, the King’s 86th Birthday along with Father’s Day on 5 December. The day is a public holiday in Thailand to commemorate the birth of King Bhumibol Adulyadej, the King of Thailand and currently the longest reigning monarch in the world. 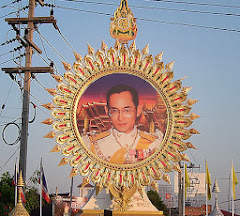 During the celebration of H.M. the King’s Birthday in Thailand, some large portraits of the King are displayed throughout the country. Flags, banners, and lamps, are also set as a decoration along many streets in Thailand to celebrate King’s Birthday as an honor to H.M. the King Bhumibol Adulyadej. Besides those jazzy decorations, parades, musical concerts, festivals, and street markets are also organized during H.M. the King’s Birthday celebration. Since the event is observed as a public holiday, most Thailand employees are granted a day off so that they are able to enjoy the festive atmosphere of King’s birthday.

H.M. the King’s Birthday is known as Father’s Day in Thailand. Thus, many people in Thailand pay respect to their father during the day by giving fathers gifts or taking them to have dinner at a restaurant. In the evening, the streets around Ratchadamnoen and Sanam Luang are closed to traffic and many people come to watch celebratory fireworks displays.

His Majesty King Bhumibol Adulyadej will grant a grand public audience on his birthday, December 5, at Klai Kangwon Palace in Hua Hin, according to Deputy Prime Minister/Commerce Minister Niwatthamrong Boonsongpaisan.

Mr. Niwatthamrong said he was informed by the Royal Household Bureau that the monarch has granted permission for a grand public audience to be held for the public to pay tribute to the King in celebration of his 86th birthday.

The auspicious event will take place at Klai Kangwon Palace in Hua Hin district of Prachuap Khiri Khan province, southwest of Bangkok at 10.30am. The royal guards of honour will also give an oath of allegiance to HM the King.

Permanent Secretary to the Office of the Prime Minister Tongthong Chandransu said that the event would be broadcast on national television. The government will conduct many celebratory activities between December 1 and 10 to commemorate the auspicious occasion, he said.

A candle-lit ceremony offering good wishes to HM the King will be held at Sanam Luang at 7.25pm in tandem with ceremonies at designated places nationwide, he said. (MCOT online news, 2013)