The National Day of Singapore is celebrated every year on 9 August, in commemoration of Singapore's separation from Malaysia in 1965. This holiday features a National Day Parade, an address by the Prime Minister of Singapore, and fireworks celebrations. 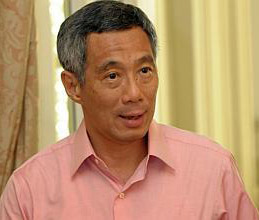 The Singapore National Day Parade (NDP) is a national ceremony that is usually held at the National Stadium or the Padang. This year the impressive city celebrates 47 years of independence with festivities all over the city. For the first time in 2007, it was held at Marina Bay in lieu of the National Stadium, and this arrangement is expected to be maintained until the new sports hub is completed around 2014. The Float at Marina Bay, which is the epicenter of the celebration, is a large floating platform serving as the NDP 2012 venue.

Also on National Day, the Prime Minister of Singapore Prime Minister Lee Hsien makes an annual address to the nation, called the National Day Rally. A yearly event since 1966, the Prime Minister uses this rally to address the nation on its key challenges and its future directions, and can be compared to the State of the Union Address delivered by the President of the United States. Prior to 2005, the rally was a continuous speech from 8 pm (SST). From 2005, the Malay and Chinese versions were delivered at 6.45 pm with a break at 7.30 pm while the English version was delivered at 8 pm.

National Day celebrations also include fireworks celebrations. They feature several local and foreign teams which launch fireworks displays on different nights. First held in 2004 at Marina Bay, the event was initially known as the Singapore Fireworks Festival and organised by Unusual Productions. The amount of fireworks used has grown in magnitude over the past three years, from 4,000 rounds used in 2004 to over 9,000 in 2006.