Home » Papers and Presentations » STEPS » Vol003 » Vision for the Blind: Challenge for TVET

Vision for the Blind: Challenge for TVET 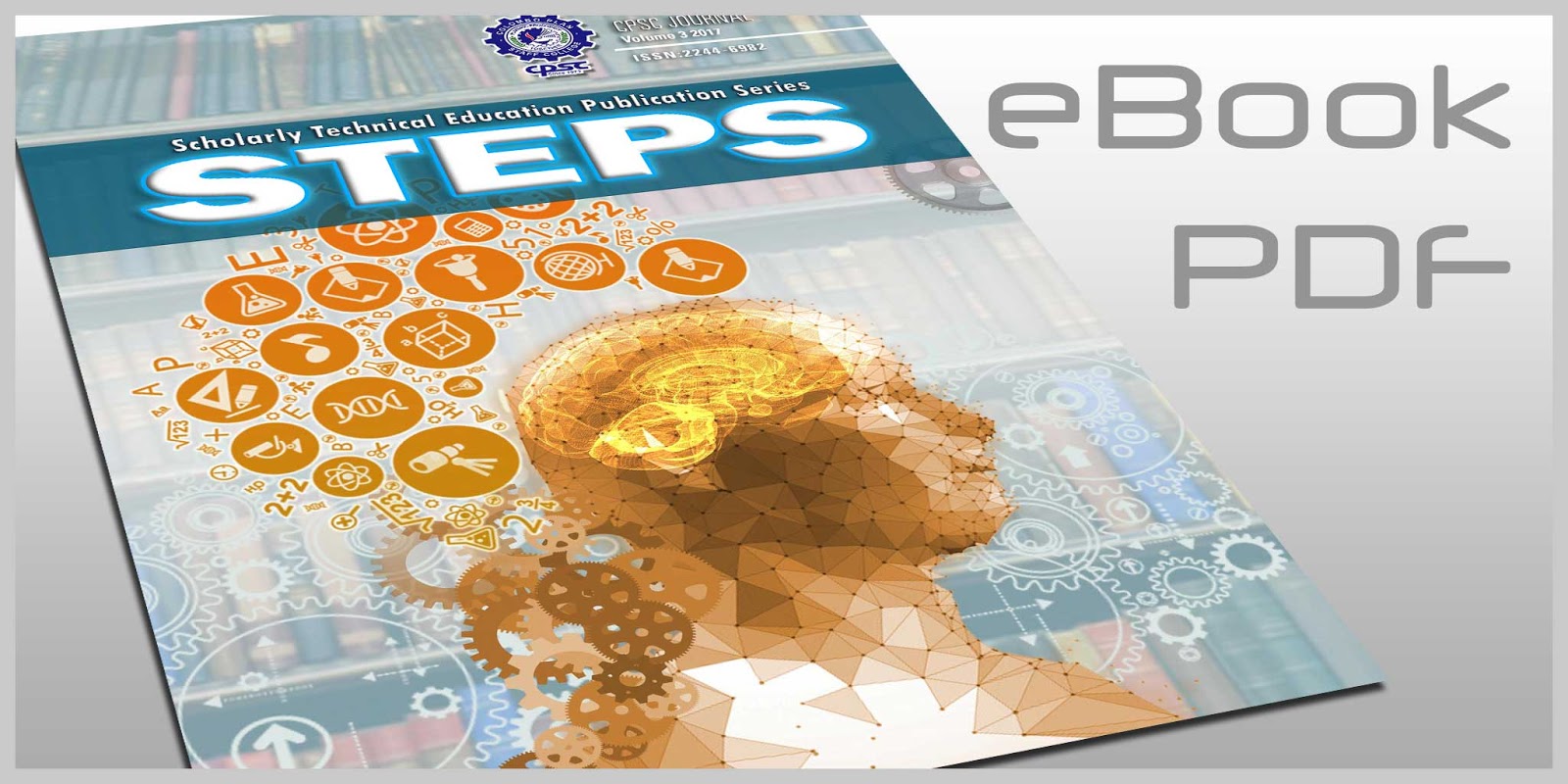 Vision for the Blind: Challenge for TVET

The World Health Organization (WHO) estimates that in 2012 there are 285 million visually impaired people in the world, of which 246 million had low vision and 39 million were completely blind. In terms of the worldwide prevalence of blindness, it is present on a much greater scale in developing world countries than in developed world countries. According to WHO statistics 90 percent of blind people live in the developing world. This paper brings into the limelight a pair of navigation glasses named IRIS-A VISION FOR THE BLIND which the author has designed and implemented, and can be used by the blind people for navigation. These all-round vision glasses consist of a pair teamed with an earpiece. It helps the sight impaired to avoid obstacles while they walk and thus avoid accidents. Proximity sensors have been fitted inside the glasses. These sensors in the glasses sense and detect the presence of an obstacle in the path of a blind person and the buzzer gives out a beep, thus warning the person of an impending danger. This technology is very economical and is expected to serve the needs of blind people in the future.

Blindness is defined by the World Health Organization as vision in a person’s best eye of less than 20/500 or a visual field of less than 10 degrees (Maberley et.al 2006). This definition was set in 1972, and there is an ongoing discussion as to whether it should be altered somewhat. But whatever be the definition, the blind people suffer from this handicap of not being able to see and face a large number of problems that need to be addressed.

According to a recent survey, India is now home to the world’s largest number of blind people. Out of the 37 million people across the globe who are blind, over 15 million are from India. Very often, blindness occurs in combination with other conditions such as intellectual disability or hearing impairments. Visually impaired people thus, find it extremely challenging to perform their routine activities. Various measures have been taken to provide such people with technology that would take some part of this burden off their shoulders and with intensive research going on in this field, there indeed is a bleak ray of hope (World Report on Disability-UNICEF).

Recognizing the fact that nowadays, technology continuously find ways to provide a normal life to the physically handicapped and acknowledging their contributions to the field of literature and science, the project called IRIS-A VISION FOR THE BLIND was born. This was presented during the MAKE-A-THON project competition held from 10th to 11th August 2013 at VIT University in India. The project was under the supervision of Prof. Ted Moallem, Professor from the Massachussets Institute of Technology (MIT), in the USA.

Presently, many people with serious visual impairments can travel independently, using a wide range of tools and techniques. Orientation and mobility specialists are professionals who are specifically trained to teach people with visual impairments how to travel safely, confidently, and independently in the home and the community. They can also help blind people to practice travelling on specific routes which they may use often, such as the route from one’s house to a convenience store. Becoming familiar with an environment or route can make it much easier for a blind person to navigate successfully.

Tools such as the white cane with a red tip - the international symbol of blindness - may also be used to improve mobility. A long cane is used to extend the user’s range of touch sensation. It is usually swung in a low sweeping motion, across the intended path of travel, to detect obstacles. However, techniques for cane travel can vary depending on the user and/or the situation. Some visually impaired persons do not carry these kinds of canes, opting instead for the shorter, lighter identification cane. Still others require a support cane. The choice depends on the individual’s vision, motivation, and other factors (Joseph, 2013).

Government actions are sometimes taken to make public places more accessible to blind people. Public transportation is freely available to the blind in many cities. Tactile paving and audible traffic signals can make it easier and safer for visually impaired pedestrians to cross streets. In addition to making rules about who can and cannot use a cane, some governments mandate the right-of-way be given to users of white canes or guide dogs.

Some blind people are skilled at echolocating silent objects simply by producing mouth clicks and listening to the returning echoes. It has been shown that blind echolocation experts use what is normally the “visual” part of their brain to process the echoes (Thaler et.al, 2011 and Batman, 2014).

The objective of this project was to facilitate the visually impaired persons by designing a pair of all-round navigation glasses for the blind. The glasses should help for navigation purpose and also help the sight-impaired people deal with everyday situations much more.

These all-round vision glasses consist of a pair of glasses teamed with an earpiece. It helps the sight impaired to avoid obstacles while they walk, thus avoiding accidents. Proximity sensors have been fitted inside the glasses. These sensors sense and detect the presence of an obstacle in the path of a blind person and the buzzer gives out a beep, thus warning the person of an impending danger. IRIS is a low cost, feasible as well as an economical solution to help the blind people navigate an unfamiliar environment and assisting them towards their independent mobility.

How a Proximity Sensor Works

Figure 1: working of a proximity sensor

Working of IRIS Instrument for the Purpose of Navigation

This sleek concept utilizes built-in sensors to alert the wearer of nearby objects, whether these are in front, behind or beside the wearer. Further, a separate earpiece that extends across the face has been attached to a pair of glasses. The sensors fitted inside these glasses pick up the elements around the person and warns them using the buzzer sound. The project has also focused on making the glasses as accessible as possible. For one, the glasses do not require any surgery or special training to use. The glasses also use off-the-shelf products, such as proximity sensors, beeping buzzer, arduino board to keep the product inexpensive.

The functioning of IRIS can be explained as follows: 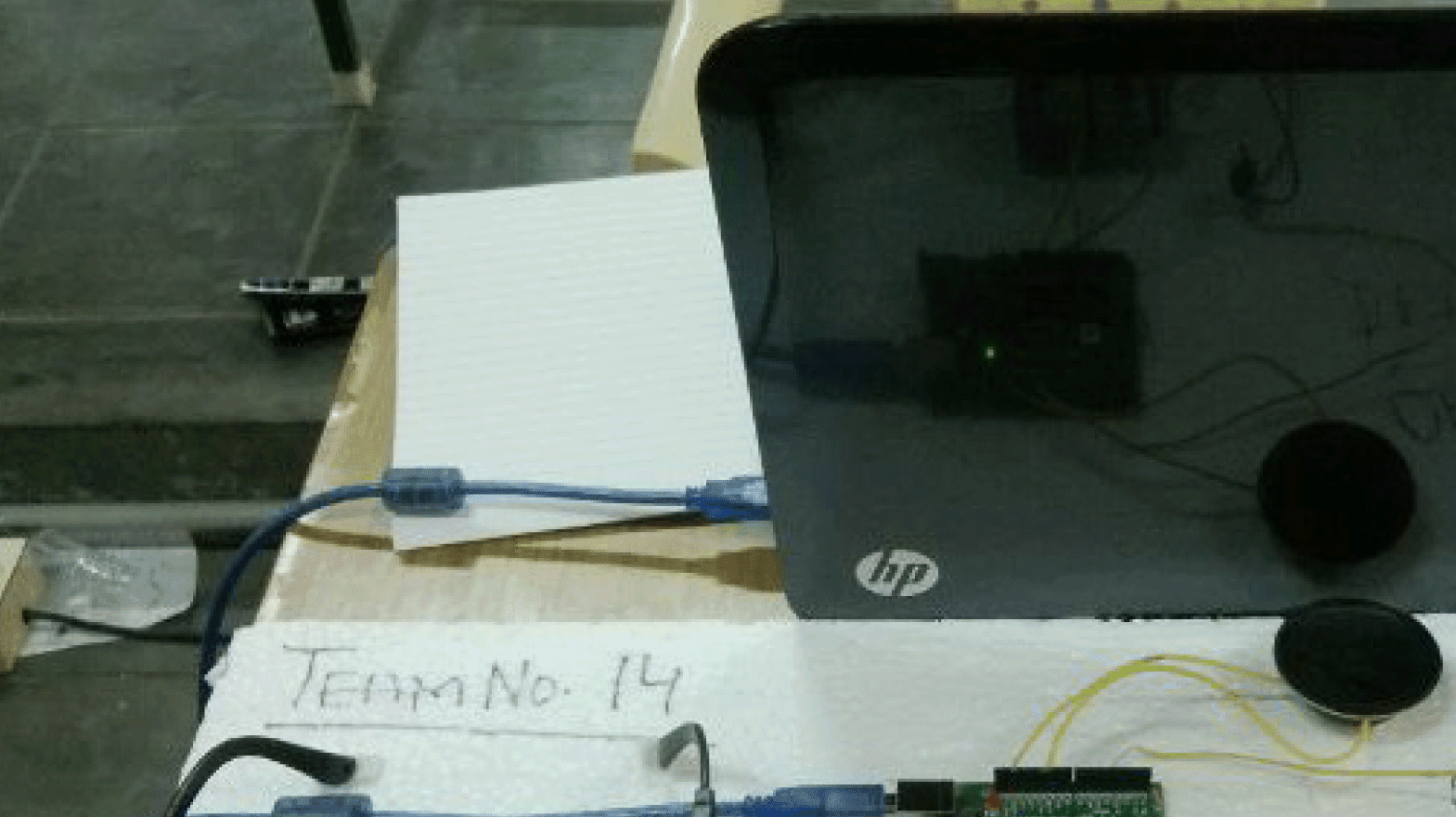 Figure 2: Prototype model of the product

The following is the code snippet of the design: 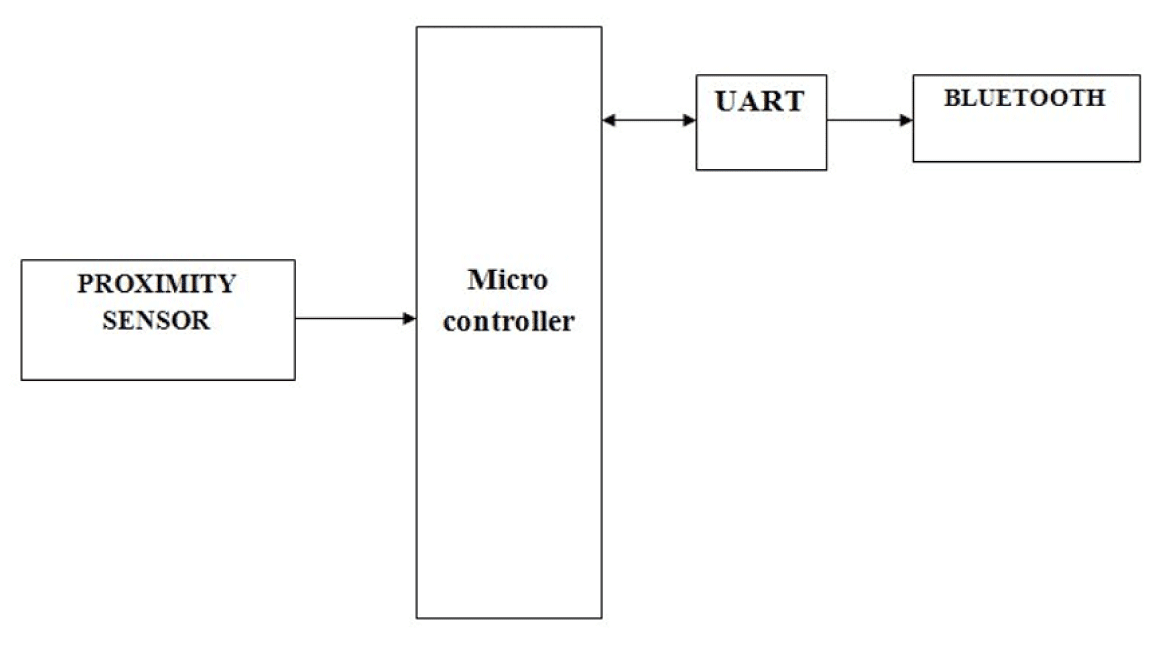 The proximity sensor collects the signals that are received when a nearby object is detected. The microcontroller then sends the data using Bluetooth to the personal computer. The purpose of UART (Universal Asynchronous Receiver/Transmitter) is to convert bytes from the PC’s parallel bus to a serial bit-stream. The cable going out of the serial port is serial and has only one wire for each direction of flow. The serial port sends out a stream of bits, one bit at a time. Conversely, the bit stream that enters the serial port via the external cable is converted to parallel bytes that the computer can understand.

The signals are detected as warning signs of an impending obstacle. This triggers the buzzer which starts beeping as soon as the warning signals are received. Thus the visually impaired person is warned and is able to avoid coming in contact with the obstacle.

Summary and Results of the Pilot Test

IRIS was designed keeping in mind the basic working of a proximity sensor. It consists of a pair of glasses teamed with an earpiece. The glasses have capacitive proximity sensors (model name: BEF-KH-M12) fitted inside them. Capacitive proximity sensors are designed to sense and detect the presence of both metallic as well as non-metallic objects. The presence of a metallic object (inductive) or any material (capacitive) in the operating area will cause a change in the oscillation amplitude. The rise or fall of such oscillation is identified by a threshold circuit that changes the output state of the sensor. When worn by a visually impaired person, the glasses serve as a navigation device. The sensor senses the presence of an obstacle that is at a minimum of 8 feet and a maximum of 10 feet away from the person. It then gives out a buzzer beep as soon as the obstacle’s presence has been sensed. Thus, the person is warned of an impending obstacle and may change his direction to avoid accidents.

The pilot testing of IRIS received positive results. IRIS was designed in a period of 36 hours and the first test was done following the end of that time period. It was tested on 4 blind persons in the first test. The measure of effectiveness was considered to be distance of the obstacle at which the new instrument will start beeping thus giving the warning to the blind person. In all the 4 cases when a sample obstacle was placed four feet away from IRIS, the buzzer started beeping. That proved the efficacy of IRIS. The second trial was repeated two days later on a set of 7 blind persons and it proved effective as it had done in the first trial. This signifies that the project has been a success.

IRIS has been designed to cater to the needs of the common middle class man. The product is thus an economical as well as a feasible solution for bringing an end to the plague of blindness that surrounds India as well as the whole world. IRIS mainly targets people who are visually impaired or blind by birth. The approximated cost of the navigation glasses comes out to be around US$ 20 which is a very reasonable price to pay in exchange for the gift of vision. As regards the breakup of the cost for the customer, broadly the equipment and glasses cost is about US$ 11, the cost of frame around US$ 5 and the US$ 4 has been kept as a margin of profit per piece.

Future Enhancements and Role of TVET

For a visually impaired person, the future holds nothing but a bleak ray of hope. IRIS aims at widening that ray of hope and making it possible for such people to have a tomorrow to look forward to. Intensive research is being carried out in this arena and Technical and Vocational Education and Training (TVET) sector can play an important role in further refining the product. Future enhancements could lead to a better refinement of this technology that the author has worked upon. The navigation glasses could be worked upon to include audio controls with the help of image processing to give an audio feedback about the impending obstacle to the visually impaired person. In addition research in TVET can help in improving the range of coverage of the effectiveness of the product which at present is 4 feet, making it possible to identify the obstacles as far as 10-15 feet for the blind people. With further research and development the cost of the IRIS can be brought down making it possible for the poor people to also afford the product.

With advances in every field of technology, the world is slowly becoming a better place to live in. These navigation glasses fulfilled the objective of assisting the visually impaired in identifying the obstacles on the way. It can still be further improved in terms of its design, range of coverage and if produced on a mass scale the cost can be further brought down. The author is confident that IRIS is a feasible product capable of giving the blind people a new vision and, thus, a new hope and a new outlook on life.