Mongolia has a rich history. In the 13th century, Genghis Khan and his successors conquered all of China and other territories to the west, including present-day Poland and Hungary. From the 15th century until the early 20th century, Mongolia was ruled by a Buddhist theocracy and a secular Mongolian aristocracy under the Qing Dynasty of China.

In 1911, after the Chinese Revolution, Mongolia declared its independence from China. In 1920, Urga, then the capital of Mongolia, was taken by Baron Roman Nikolaus von Ungern-Sternberg, a Russian anti-Bolshevik general who established a subordinate government. Ungern-Sternberg was defeated by the Mongolian People's Revolutionary Party (MPRP) with the help of Russian communists. A socialist regime was established on July 11, 1921.

The Naadam festival is the biggest and most joyful celebration of the Mongols. It takes place on the 11-12th July annually. The festival itself originated from the era of Hunnu Empire (209 BD) and was originally organized as a competition to test the skills of Mongol warriors between tribes. The festival comprises the "Three Manly Sports": wrestling, horse racing and archery. A fascinating and interesting event for all is where the 9 White Flags of Chinghis Khan are carried in a ceremonial parade from the State Parliament House to the Central Stadium and many other events to name a few.

The Naadam festival has been held for centuries as a form of memorial celebration, as an annual sacrificial ritual honoring various mountain gods or to celebrate a community endeavor. The festivities kick off with a colorful parade of athletes, monks, soldiers marching in perfect uniformity, musicians performing powerful military tunes, and Mongolians dressed in Chinggis-style warrior uniforms. It is the most widely watched festival in the country, and is believed to have existed for centuries in one fashion or another.

The Great Naadam festival is lots of music, dances and sports and very colorful. Naadam festival's competitions were originally called "the three manly sports" and, thus, restricted to men. But over time, and under the influence of the former communist rulers' insistence on female equality, the horse races and archery were opened to all comers. Only wrestling remains a "manly sport". The best parts of the Naadam festival are the Naadam festival opening ceremony, Mongolian wrestling, Traditional Mongolian archery and Mongolian horse racing. 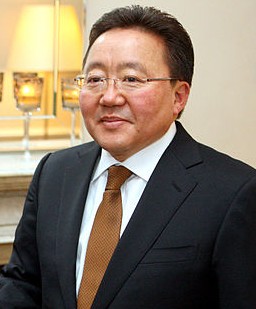 For this year, the inauguration ceremony of the festival will be opened by the President of Mongolia President Tsakhiagiin Elbegdo. It will feature marches and music from soldiers, monks and athletes and live performances of the national instrument by Morin Khuur and a choir concert before the real fun begins! There will be tournament of wrestling and archery in the Central Stadium while no horse races take place outside the city center.

CPSC joins its Mongolian brothers and sisters in the celebration of its auspicious and festive event and wishes to extend its warmest regards to the Mongolian government!