Bangladeshis have now reached all corners of the globe and have come a long way since the 1971 era of liberation. The US State office reports that 'one in every fifty people on the planet is a Bangladeshi!' 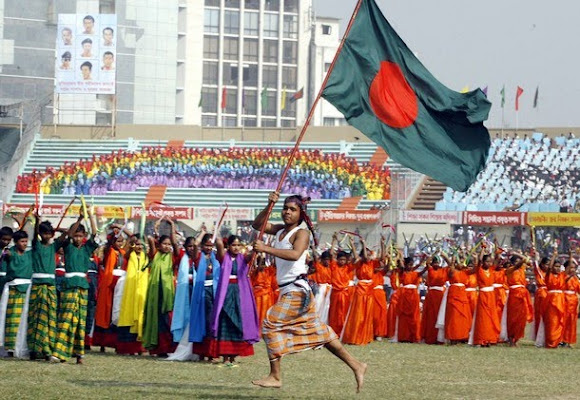 The Independence Day of Bangladesh (Bengali: স্বাধীনতা দিবস Shadhinata Dibôsh), also referred as 26 March is a national holiday. It commemorates the country's declaration of independence from Pakistan on late hours of 25 March 1971. The day is a memorial to the deaths of thousands of civilians who died for their own Mother Language in the subsequent Bangladesh Liberation War.

Independence Day is commonly associated with parades, political speeches, fairs, concerts, and ceremonies, and various other public and private events celebrating the history, and traditions of Bangladesh. TV and radio stations broadcast special programs and patriotic songs. Generally a 31- gun salute is conducted in the morning. The main streets are decorated with national flags. Different political parties and socioeconomic organizations undertake programs to mark the day in a befitting manner, including the paying of respects at Jatiyo Smriti Soudho, the national memorial at Savar near Dhaka.

On 26 March, 1971 the independence of Bangladesh was declared and the Liberation War started. All classes of people of East Bengal took part in the liberation war to save Bangladesh from the continuous oppression of Pakistani Army rulers. The independence was gained through the nine-month civil war against Pakistani Army and loss of about 3 million in terms of human lives.[1] Finally victory was achieved on 16 December in the same year, which is celebrated as the Victory Day

The Independence Award, which is bestowed upon Bangladeshi citizens or organizations on the eve of the Independence Day, is the highest state award given by the government of Bangladesh. This annual award, initiated in 1977, is given for substantial contribution for Liberation War, the language movement, education, literature, journalism, public service, science-technology, medical science, social science, music, games and sports, fine arts, rural development, and some other fields.

On this occasion, national flags were flown on the buildings of the government and private offices. The country's president, prime minister and opposition leader greeted the people in separate messages on this occasion. 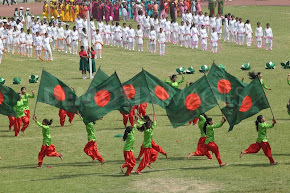 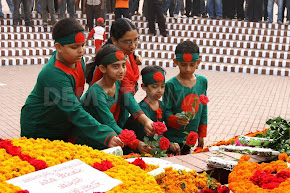