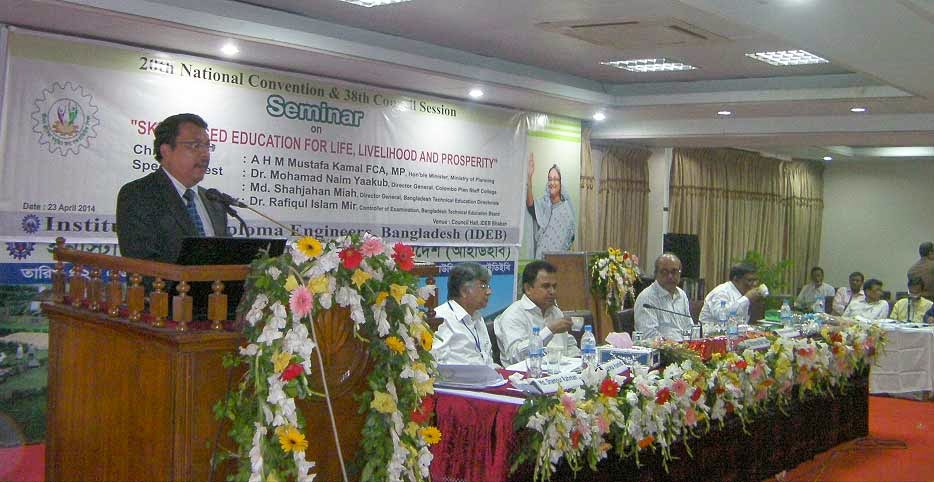 Dr. Mohammad Naim Yaakub, CPSC Director General, was invited as Special Guest during the 20th National Convention 2014 and 38th Council Session’s Seminar on Skills-based Education for Life, Livelihood and Prosperity organized by the Institution of Diploma Engineers, Bangladesh (IDEB) from April 22 to 25, 2014 at Dhaka, Bangladesh. The whole session included a series of technical discussions, seminars and workshops aimed to update and tackle common concerns that are relevant in the TVET system of Bangladesh. Approximately 8,000 people attended the ceremony which is considered to be one of the largest conventions organized by the IDEB so far.

Her Excellency, the Honorable Prime Minister of the Peoples’ Republic of Bangladesh Sheikh Hasina graced the event as Chief Guest during the inaugural ceremonies.

Dr. Naim presented a keynote paper entitled “Skills-based Education for Life, Livelihood and Prosperity” which focused on the development of skills for lifelong learning and employment. He also described the economic growth models patterned on a deeper understanding of lifelong skills that emphasized the growing need for entrepreneurship development. Honorable Minister Mr. AHM Mustafa Kamal, Minister, Ministry of Planning, Bangladesh was the Chief Guest for the said session.

The Director General had an official meeting with the IDEB on April 24, followed with his attendance to a special dinner honoring invited foreign guests, IDEB councilors, delegates, members, officials, and leaders held at Ishanka Hotel, Dhaka. On April 25, the organizers together with Engr. Jahangir Alam, CPSC Former Faculty Specialist arranged a brief tour of the IDEB building where the facilities and the offices were showcased.

Overall, the four day speaking engagement in Bangladesh was a timely recognition of CPSC’s expertise and prestige in further engaging the member countries in spearheading a collective effort in tackling common concerns on TVET through strengthening linkages and fostering friendly relations among the member governments. 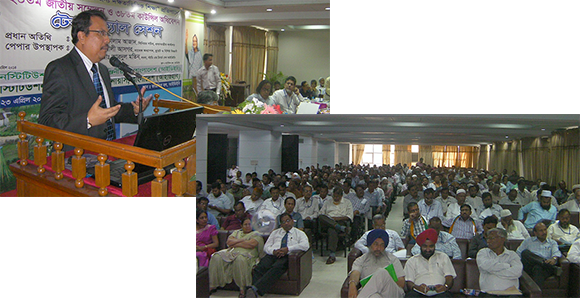 (Photos from top, L-R) Dr. Naim during his presentation and the well-attended seminar; DG exchanging tokens with Bangladesh TVET Officials  and Dr. Naim’s meeting with the IDEB