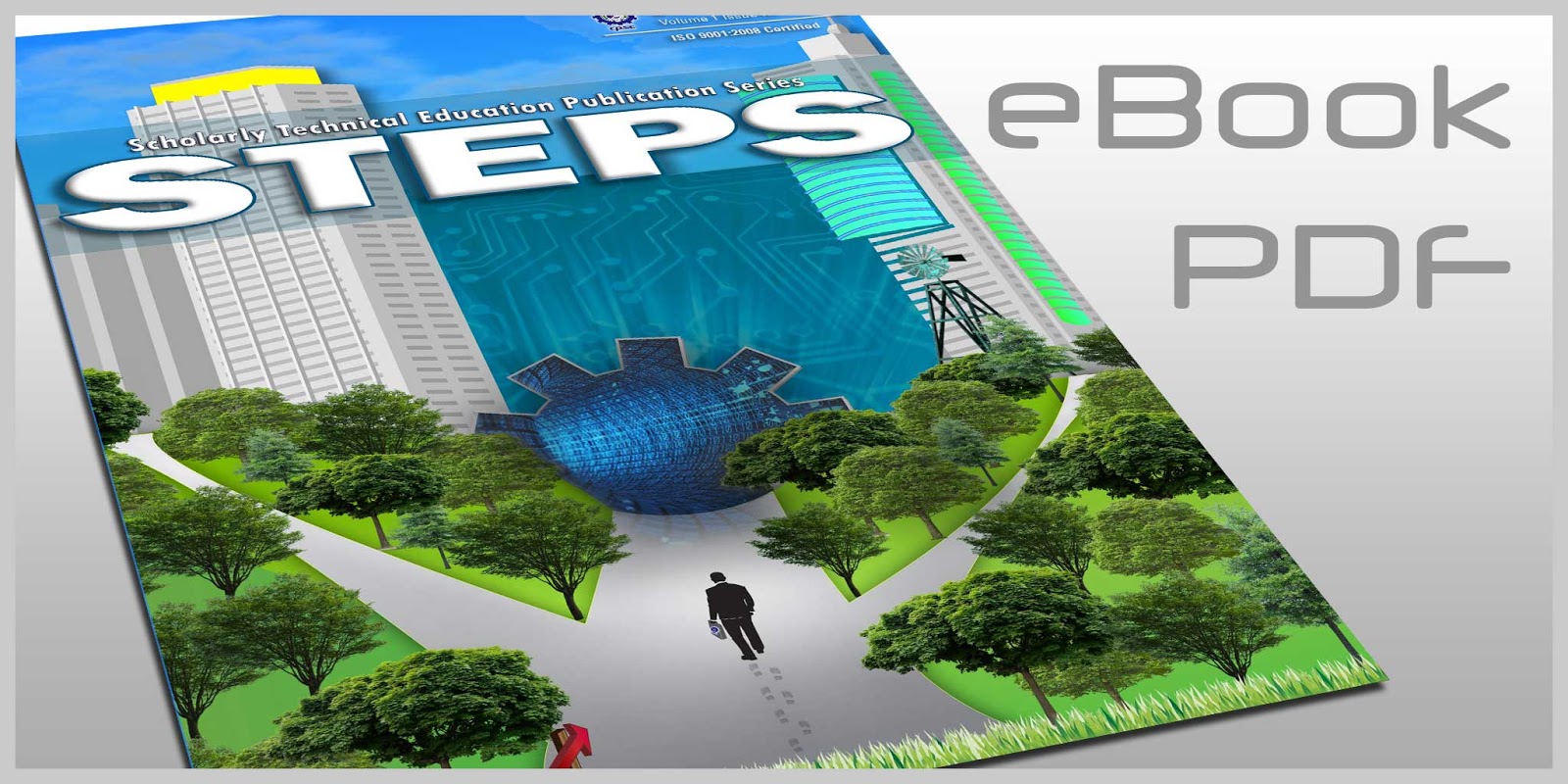 The research was carried out through quantitative method, i.e. descriptive and associative research. The data were collected through questionnaires and hypotheses were examined through descriptive technique and path analysis.

A determining factor in the development of a nation is the quality of human resources. The capacity and progress of a nation are not contingent upon the dominance of comparative advantages but are based more on competitive advantages. In this regard, activities to develop human resources through education development are required. Education is expected to be the forum for developing readily available workforce, particularly graduates from Vocational High School (VHS/TVET).

In order to improve school quality, School Based Management is one of the manifestations of educational reform that provides autonomy (decentralization) to the schools to organize their programs and development in line with their potentials, requirements and needs. Schools require professional headmasters to be able to realize the decentralized functions.

By 2010, it was highly ironic and heartbreaking to see that the percentage of unemployment among VHS graduates remained high. According to the Central Bureau of Statistics (CBS, 2011), the total workforce in North Sumatra was 6,314,239 out of 13.2 million population, with rising unemployment of 402,125 or a total of 6.37 percents. The data indicate that the percentage of unemployed VHS graduates in North Sumatra at 14.25%. The VHSs in North Sumatra have not yet been able to show outstanding performance and remain to be below VHS quality in Java. The innovation and creativity of VHS in North Sumatra have not been as recognized as those from Java and this fact could not be separated from the factor of headmaster’s leadership. The achievements have been made possible by the leadership of the headmasters that were able to develop synergy toward empowerment of the available resources, both human resources and the available facilities and funding.

Realities in the field indicated that there were gaps between VHS supply and demand from the business sector (Provincial Bureau of Statistics, North Sumatra, 2011). In addition, VHS in North Sumatra did not have significant competitiveness at the national level. This was closely related to the performance level of VHS headmasters in North Sumatra. Although there were a number of interrelated factors that may be suspected of influencing the situation, such as planning, funding, educational human resources, awareness of business sector and the public, one factor that influenced the quality of VHS was the quality of the headmaster’s performance.

Based on the above background, the writer feels it necessary to study further the performance level of VHS headmasters in North Sumatra from the perspectives of school atmosphere, managerial, supervisory and entrepreneurship competencies.

The issues of this research were:

Did managerial, supervisory and entrepreneurship competencies of headmasters, partially influence the performance of the headmasters indirectly through the school atmosphere?

Gatewood & Co. (2011:73) say that management is “a series of activities designed to reach organizational goals by utilizing resources effectively and efficiently”. As a manager, a headmaster should be required to have the capacity in school management to be able to achieve the objectives of teaching and learning process as a whole. According to Katz and Payol (Robbins, 2007:7), in performing managerial tasks, at least three skills are required, i.e. technical skill, human skill and conceptual skill.

Robert D. Krey & Peter J Burke (2005) defines “Supervision is instructional leadership that relates perspectives to behavior, clarifies purpose, contributes to and supports organizational actions, coordinates interactions, provide for maintenance and improvement of the instructional program and assesses goal achievements”. Therefore, a headmaster’s supervision is the effort of a headmaster towards guiding the teachers to improve their teaching quality through the actual steps in planning, teaching appearance and creating rational change in order to improve the outcome of students learning.

Drucker (1996:27-30) interprets entrepreneurship as spirit, capacity, individual behavior in carrying out an activity directing toward efforts to discover, create, applying work system, new technology and product by improving efficiency in order to provide better services and/or gain higher profit. Entrepreneurship of a headmaster is therefore aimed at achieving certain goals and expectation that are formulated into realistic vision, mission and strategic plan, meaning that the goals are adjusted to support resources available.

McBrien and Brandt (1997) state that “organizational climate, the sum of value, culture, safety practices and organizational structures within an organizational that cause it to function and react in particular ways”. School atmosphere may develop into specific characteristics that differs a school from other schools. Good school atmosphere will certainly create favorable condition for school inhabitants in performing their activities and in turn will influence the level of educational outcome.

The research was carried out through quantitative method, i.e. descriptive and associative research. The population of the research was 855 VHS headmasters in North Sumatra covering 33 districts/cities, both public schools and private schools. Ninety-two (92) samples were selected through proportional random sampling with 0.10 margin error and 90% reliability. Based on the analysis and data category, the research is a quantitative research and based on its explanation, the type is associative.

Research hypotheses were analyzed with Parametric Statistics, i.e. using Path Analysis. The level of direct influence of exogenous variable in certain endogenous variable is reflected by path coefficient and Path Analysis is used to explain the direct and indirect results of the variables of managerial, supervisory and entrepreneurship competencies of headmasters as the causal variable of school atmosphere and headmaster’s performance as the result variables.

Hypothesis examination used path analysis after fulfilling all analysis requirements, i.e. based on the estimate of a normally distributed population, homogeneous data variables and the relation between variables in the model should be significant and linear. There were two analysis stages in hypothesis examination through path analysis i.e.: Determining and testing path coefficient and research hypothesis testing. Causal influence among variables in Substructure-1 consisting of endogenous variables, i.e. X4 and three exogenous variables, i.e. X1, X2 and X3.

Afterwards, calculation of determinant coefficient under Substructure-1 resulted in R2 = 0.708. It means that the headmaster’s managerial competency (X1), Supervisory competency (X2) and Entrepreneurship competency (X3) as a whole can explain 0.708 of school atmosphere variable (X4).

Competencies play major roles in work habits and performance of headmasters. In order to be able to perform their main duties, a headmaster is required to possess a number of competencies. Education Ministerial Decree No. 13/2007 on Headmaster Standards stipulates five dimensions of obligatory competencies, i.e. (a) personal, (b) managerial, (c) entrepreneurship, (d) supervisory and (e) social.

Based on analysis results and research data on VHS headmasters in North Sumatra, it may be concluded that:

There are a number of recommendations for improving vocational education i.e. through improvement of VHS headmasters’ performance, such as (a) head of North Sumatra provincial education office needs to consider managerial, supervisory and entrepreneurship competencies of headmasters as well as school atmosphere by conducting intensive, planned and sustainable development and guidance; (b) school inspectors should play their roles in the form of guidance and supervision and focus more on managerial, supervisory and entrepreneurship competencies of headmasters and school atmosphere; (c) headmasters should develop cooperation with school citizens to create favorable school atmosphere that will drive school members to perform their individual roles appropriately; (d) the roles of teachers are very dominant in improving education quality, therefore teachers should be oriented to improvement of learning quality. One of the efforts that could be carried out by teachers in helping the headmaster to make it come true is by creating a favorable school atmosphere. Teachers should provide inputs to the headmasters in relation to the issues that are useful for improving the quality of vocational education through improved learning process. Similarly, teachers should support headmaster’s programs related to the improvement of performance and work wholeheartedly and earnestly.